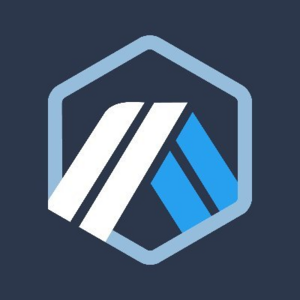 Arbitrum [1]is a layer-2 scaling solution for Ethereum developed by OffChain Labs. It is an Optimistic Rollup on top of Ethereum, which allows for lower fees and faster transactions. Arbitrum went live on mainnet on August of 2021.[2]

An Optimistic rollup moves the heavy computation and data storage that would be normally executed on L1 Ethereum off-chain to a new rollup network. Only a small portion of each batch of transactions is ultimately recorded on the mainnet, creating a much smaller computational impact on the L1. Since only one small data portion is registered on L1 and the majority of computation is handled off-chain, fees can be greatly reduced (compared to if the entirety of the transactions were executed on L1).

The currently-live implementation is called Arbitrum One and uses fraud proofs, on-chain calldata availability, a ~7 day withdrawal period, and a special type of node called a ‘sequencer.’ Offchain Labs currently operates Arbitrum's sequencer, which has the ability to control the ordering of transactions. This early-stage centralization is not solely applicable to Arbitrum but all rollups.

It’s important to note that as promising as rollup technology is, it’s still a very new technology not without risk. Arbitrum One experienced downtime for ~45 minutes in September 2021 when a bug caused a large burst of transactions to overload the system.

Arbitrum also uses fraud proofs which, as discussed before, refer to the concept of anyone (with vested interest) being able to track, backtest, and dispute a transaction’s claim within a challenge window.

MRI refers to when both parties (supporter/challenger) go on to resolve the dispute multiple times until the smoking gun is found off-chain. In Aribitrum’s model of fraud proofs, only a referee steps in to make the judgment call on-chain. This means for fraud proofs on Arbitrum, less time is spent on-chain and more transaction fees that would have otherwise been paid are minimized, leading to higher network performance. Additionally, because L2 transactions are not entirely executed on L1, its gas block limit is rendered irrelevant.

While both are Optimistic rollups, Arbitrum has some key differences from its counterpart Optimism. One critical difference: Optimism OVM 2.0 is EVM-equivalent, running directly inside the EVM, while Arbitrum One is only EMV-compatible. This reduces code complexity and audit surface for Optimism. Arbitrum's AVM lacks EVM-equivalence because it’s consciously optimized for more compact fraud proofs, but at the expense of implementation complexity.

Finally, one difference is Arbitrum lacks a native token, while Optimism has just announced one as of late April 2022. It’s not public knowledge whether or when Arbitrum also intends to eventually launch a token, but the general trend in the crypto industry would suggest so.

Arbitrum Nitro is an upgrade to the Arbitrum One mainnet. Nitro helps Arbitrum adopt popular languages and tooling such as WASM, Geth, and Golang and will allow Aributrum to increase transaction speed 20-50x and lowers fees by an entire order of magnitude. Nitro will also allow more Ethereum developers to onboard onto Arbitrum thanks to the expansion of support for larger tooling.

Offchain Labs have announced Arbitrum Nitro is ready and a full-featured Nitro devnet built on Ethereum's Goerli testnet has been launched.

This devnet is a fully built-out production implementation of Arbitrum Nitro including fraud proofs, the sequencer, token bridges, and advanced calldata compression. The devnet’s goal is to migrate Arbitrum One to the Nitro stack. After the Nitro devnet has been thoroughly tested, the Arbitrum Rinkeby testnet will be migrated to the Nitro stack, and barring any unforeseen difficulty, the mainnet will follow.

AnyTrust is a type of “honest minority” sidechain with rollup fallback and functions as a mode of Arbitrum that allows for ultra-low cost transactions with strong security guarantees. These type of chains operate similar to any alternative Layer-1 or sidechain, but with significantly higher security due to a different consensus model, using a “1-of-N” consensus rather than “%-of-N” consensus. They also feature a “fallback” mode in the case of even if one or two validators dissent, which makes the chain fall back into a rollup.

AnyTrust chains are superior to alternative L1s and also to sovereign rollups, since they can allow for much lower cost and faster withdrawals in exchange for a minimal extra trust assumption. Compared to sidechains, the key advantage of AnyTrust is it’s built on top of Ethereum, so  it doesn’t require a separate set of validators and, therefore, less trust. However, the “gold standard” of rollups would be a secured Ethereum rollup which will also be negligibly cheap post-EIP-4844 and danksharding.

AnyTrust works by using a chain that's operated by a committee of nodes with a minimal assumption about how many committee members are honest. For example, there might be 20 committee members and an assumption that at least two of them are honest. This is a much easier trust assumption compared to conventional BFT sidechains, which require more than two-thirds of the members—which would be 14 out of 20–to be honest. The trust requirement can be reduced from 14 to two because of AnyTrust’s unique “fallback to rollup” feature built on top of Ethereum.

Assuming the trust assumption holds and the committee members participate, users get two big advantages when using AnyTrust. First, there’s no need to record L2 transaction data on the L1 chain because nodes can rely on the committee to provide data if needed. Instead, with the committee’s promise to provide data, it’s safe to simply record the hash of a transaction batch on the L1, which saves the largest cost of running a rollup. Secondly, withdrawals to the L1 can be executed immediately as soon as the committee vouches for them.

It’s safe to do either of these two actions described above as soon as 19 of the 20 committee members have promised (by signing) it’s acceptable. The logic is: if there are at least two honest members, and 19 of 20 have signed, then at least one honest member must have signed, since the quorum must contain an honest member.

So, if a quorum signs a promise to provide the data backing a batch of transactions, we know that data will be available to anyone who wants it. Therefore, we know it’s safe to post the hash of the data, rather than the full data, on the L1 chain. Similarly, if a quorum signs a statement saying a particular state transition is correct, the state transition can be accepted without waiting for a challenge period. This relationship allows withdrawals to L1 to be processed immediately with AnyTrust.

In the case of lacking an active quorum willing to sign statements, neither of those things can happen. However the chain can still operate and make progress by using the original Arbitrum rollup protocol as described below.

If the committee doesn’t sign anything or several committee members crash, or refuse to cooperate, the chain can still operate, but by falling back to a standard rollup protocol.

In this mode, transaction data will be posted on the L1 Ethereum chain and withdrawals will have a delay period, just like on a standard rollup–until the committee resumes operation, and then the chain will switch seamlessly back to the cheaper, faster mode of operation.

While Arbitrum is off to a hot start, it’s not without issue. In January 2022, the Arbitrum rollup network came to a halt. Offchain Labs soonafter released a post-mortem explaining the issue was due to the main sequencer experiencing a hardware failure during a software upgrade. This issue cascaded down the system, preventing even the redundancy measures in place from working. Eventually, the issue was corrected and has been restored to full functionality. During the downtime, no funds were at risk (thank you, rollup!), but no transactions could be executed including deposits and withdrawals.

In summary, if at least two members are honest, the chain operates correctly, and it follows that if there are 19 members available and cooperating, it operates at minimal cost. In fallback to rollup mode, the chain will operate at the cost of an Ethereum-based rollup–and it will be evident who the non-cooperating or unavailable members are, so they can eventually be replaced.

Arbitrum's main protocols are DEXs like Uniswap, Sushiswap, Balancer and Curve, bridges like Synapse and Stargate and money markets such as Aave. Derivatives trading protocols have also accrued substantial TVL, like Dopex and GMX