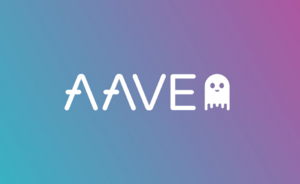 Aave is a decentralized protocol where users can borrow tokens by depositing more collateral than what is being borrowed[1]. It was first known as ETHLend when it launched with an ICO in 2017.

AAVE, then known as ETHLend, launched in an ICO in November 2017 with the tagline: "Democratizing Lending with Ethereum Network"[2] raising a total of $17m.

Aave Governance consists of the proposition and decision-making process for the different risk parameter changes, improvements and incentives that constitute the policies, and upgrades to governance itself.[3]

Aave is secured by a Safety Module (SM), a staking mechanism for AAVE tokens to act as insurance against Shortfall Events (events caused when borrowed coins > collateral coins, which cause defaults). Stakers earn AAVE as Safety Incentives (SI) along with a percentage of protocol fees[4].

This project was launched in November 2017 as a P2P lending platform called ETHLend and later renamed Aave in September 2018.

The platform was created to allow lending in a decentralized manner between two users. Therefore, a peer-to-peer (P2P) model was used that allowed the exchange of information and money directly between users.

This p2p model, however, proved to be inefficient because there was a need to have demand rather than supply. It was then passed to a peer-to-contract (P2C) model, in which the funds were deposited within a special contract that allowed users to use them instantaneously by paying the “lender” an interest fee.[5]

The relationship between the pool’s liquidity and the demand to borrow will determine the interest rates. So, when the demand for borrowing increases, it reduces available liquidity, interest rates rise, and depositors generate more income.

As a result, V3 introduces “isolated markets” – this allows Aave governance to list assets as collateral faster, but only as a single source of collateral, and not as a bundle. Additionally, isolated markets will have supply caps controlled by the DAO governance and as that asset matures they can increase the ceilings until eventually turning off the isolation model or the particular asset. So it kind of allows asset scalability

V3 will also include “high efficiency mode.” This feature will allow users to leverage extremely high loan-to-value ratios so long as they take loans in the same asset that they deposit as collateral – in some instances, even up to 98% LTV. The main idea here is that once we have different kinds of stablecoins – euro stablecoins, pound stablecoins – then you can essentially have FX trading on-chain [7]