Stargate is a fully composable cross-chain bridge protocol built on LayerZero that enables native asset transfers between different blockchain networks[1]. The protocol was launched in 2022. 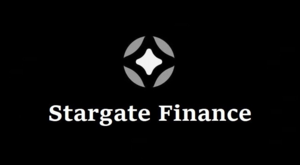 On October 29th, 2021 Stargate was announced over the project's Medium.[2] The article claimed to introduce a solution to the Bridging Trilemma.

The project was quiet publicly for some time after this, releasing another Medium in March of 2022. The Medium article uses the Ghanian pallbearers meme to depict Stargate dancing with the casket of other bridges.[3][4] This Medium announced the token launch event was planned for March 17th, starting with an auction to generate protocol-owned liquidity. Sam Trabucco of Alameda Research famously tweeted on March 22nd[5]:

First off: we did indeed buy all the tokens. We love the team and what they're doing, and we believe this space and the technology they're building is really important.

This seemed to be true as only two addresses received any tokens during the launch event.[6]

A maximum of 1 billion STG were minted at genesis.[8]