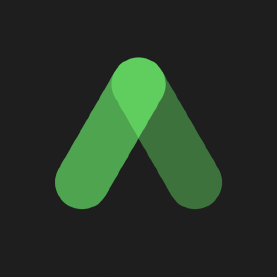 Anchor is a savings, lending and borrowing platform on the Terra blockchain. It offers an APY of up to 19.5% to stablecoin depositors and provides borrowers easy access to collateral-backed stablecoin loans. The platform was built by the South Korea-based Terraform Labs and launched on March 17, 2021. It was created in part to boost the overall demand for Terra's native stablecoin, UST. The current TVL of Anchor is over $15b.[1]

Anchor protocol, as do all money markets, offers lending and over-collateralized borrowing of crypto assets. It uses a selection of assets that can be used as collateral and only allows borrowers to take out UST loans.

Anchor protocols uses only bonded PoS cryptocurrencies as collateral. Whenever a user wants to provide collateral for a loan, he has to bond the crypto asset (ex. LUNA bonded into bLUNA, ETH bonded into bETH). Through bonding, the user gives up the staking interest of that coin which go to the Anchor protocol for it to pay UST lenders. Once the assets are bonded and deposited into the platform, UST borrowing is allowed. Borrowers pay a variable interest to lenders and are incentivized through ANC emissions thus making borrowing on the Anchor protocol quite cheap.

Anchor protocol has gained traction among DeFi users thanks to the high interest (up to 19.5%) paid to UST depositors. This high interest is sustained by:

Recently the Anchor governance has approved a proposal which will make UST interest dynamic instead of fixed, depending on the yield reserve status.

Anchor Protocol's yield reserve has been replenished on two occasions: once in July 2021 for $70 million[3] and once in February 2022 for $450 million.[4] In March 2022, Anchor Protocol governance voted to make the yield rate dynamic.[5]

Anchor Protocol is widely seen as the primary driver for the expansion of UST usage. Through March 2022, Anchor provided a static 19.5% yield for UST deposits, funded by borrowing fees and the Anchor yield reserve. Deposits vastly outpaced borrows during this entire period, leading to near-depletions of the yield reserve. Anchor conducted two rounds of top-ups from the Luna Foundation Guard.

The Anchor Token (ANC) is Anchor's Protocol's governance token. ANC tokens can be deposited to create new governance polls, which can be voted on by users that have staked a minimum of 1000 ANC.[6]

The yield reserve is controlled by the Luna Foundation and it allows the Anchor Protocol to pay a stable yield to UST deposits. It is designed to shrink during times of contraction and to grow during times of expansion, when there is more PoS collateral generating yield and more interest is paid by the borrowers.